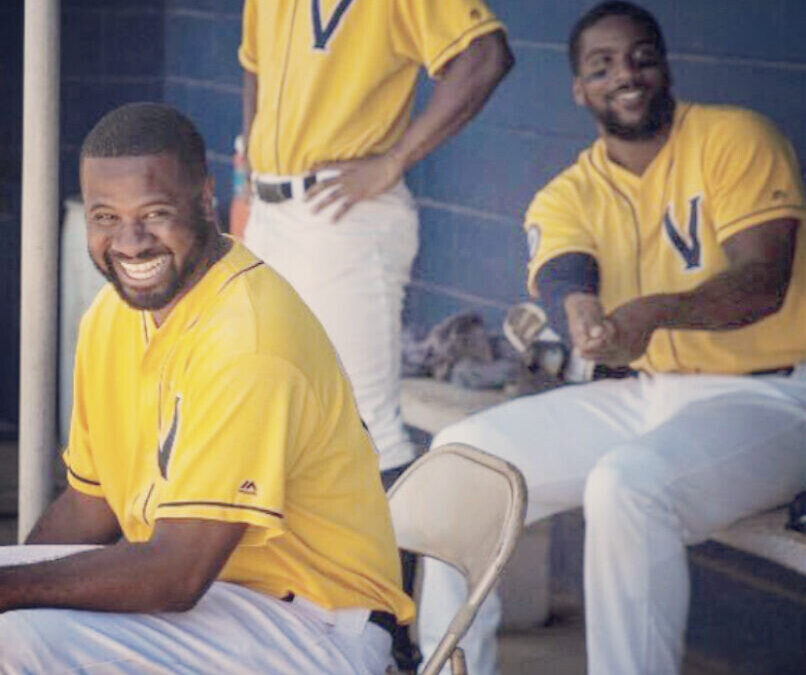 Phillips will now return to Lexington as the official Manager and help with the Legend’s transition into the MLB Partner Atlantic League. Hitting Coach and Outfielder Akins Sr. will head south of the border to Cancun after signing with the Tigres de Quintana Roo of the Mexican League.

Both coaches have imprinted themselves as some of the most prominent Admirals that have made their way through Wilson Park . Phillips compiled a 127-146 record in his three and a half seasons as a manager after taking over midway through the 2016 season to pursue a management career.
His 127 wins being the most ever in Admirals history. He led the Admirals to their first Pacific Association Championship in 2017 in his first full season going 24-15 in the second half and defeating the Sonoma Stompers. Akins Sr. played a huge role in that 2017 championship season hitting .280 with 15 home runs and 47 RBIs. His best season came in 2018 where he was the Pacific Association Home Run and RBI leader with 29 home runs and 81 RBI. In his three seasons as a hitting coach, the Admirals averaged 97 home runs and 432 RBIs while hitting .268. 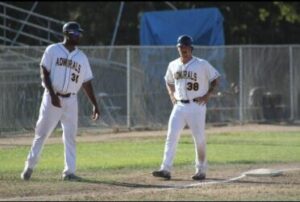 Phillips will look to piggyback off the success the Legends have had over the past two seasons as they were champions two years straight in 2018 and 2019 a part of the Royals Class A affiliate.
“Basically I want to keep up the success that the team has had,” Phillips said. “I plan on using some of my connections as well as using people they have. I feel very comfortable there. They didn’t have to pick me. They could have gone with someone else, someone with more experience, but they picked me and I’m ready to bust some (butt) and make it work.”For the former Dodgers farmhand, Akin’s Sr. will be in Cancun this summer playing for the Tigres de Quintana Roo of the Mexican League. The Mexican League is classified as a Triple A equivalent and the Tigres are part of the Sur Division. Many former and current major leaguers play in the Mexican League today. 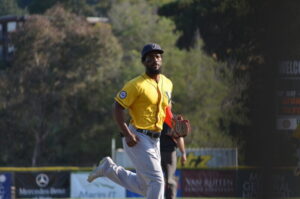 Nick Akins takes a glance at the camera on his way back to the dugout. Photo Courtesy by Matthew Sparks

“First and foremost, I have to say thank you to the Admirals and everybody that I met and encountered there ,” said the all-time home run leader. “I wouldn’t be playing if Vallejo wasn’t around, if PJ didn’t get that job and give me the opportunity to play.”
“It allowed me to keep growing,” the player-coach went on to add. “To grow as a person, to grow as a player, to play with some of my friends. They really gave me the opportunity to mature and really see if I wanted to pursue it still and I did. They’re the reason I have this chance to play down in Mexico.”
Although first year General Manager Heather Luna couldn’t have them a part of the team this past season due to cancellation, she is eager to follow these two Admirals legends during this next chapter in their careers and looks back on the times she saw them play when she was a member of the former Pacific Association team, the San Rafael Pacifics.
“I unfortunately did not get the opportunity to work with PJ beyond the occasional phone call, however, my experience in the Pacific Association proved he had the utmost respect from the other teams and the other managers including mine with the Pacifics at the time, Matt Kavanaugh,” said the GM. “I was looking forward to working with PJ and Nick this season (hoping we have one) but in the end, our goal is always to move our players and personnel to higher levels.”
“I’m enlivened for their new opportunities and lucky enough that they made their way through our tracks in Vallejo,” Luna went on to add. “They will always be Admirals.”

Thomas Gase of the Vallejo Times-Herald contributed to this story.