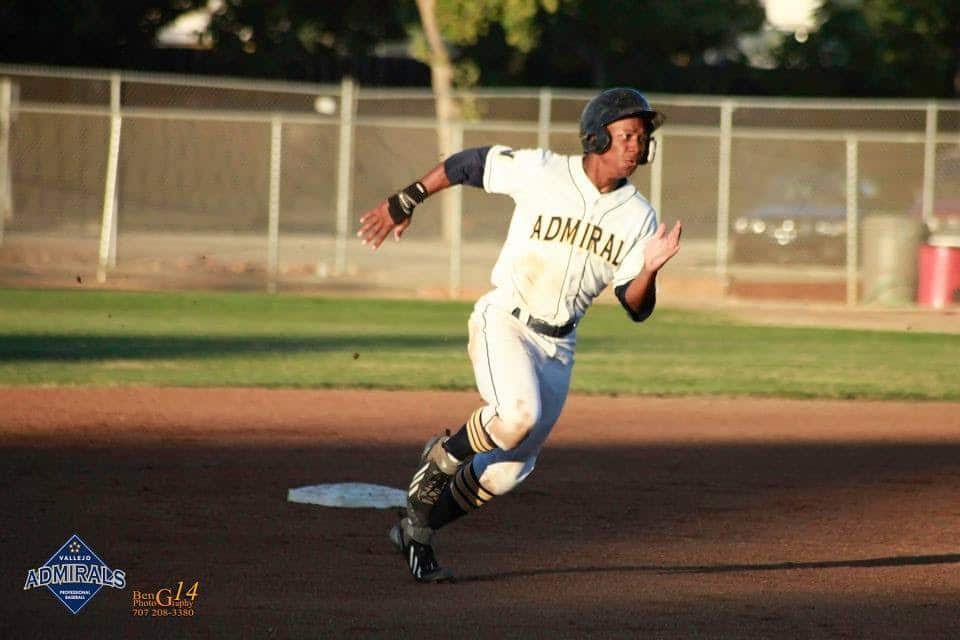 VALLEJO, Calif. – On an afternoon that featured seven home runs and 22 combined runs, a comeback by the Admirals fell short against the San Rafael Pacifics in the series finale, 13-9, on Sunday at Wilson Park. The Admirals smacked three more home runs – a day after hitting three last night – but saw the Pacifics hit four themselves during an offensive onslaught between the two teams.

Going for their first home sweep in franchise history of the Pacifics, the Admirals fell to 2-1 on the season while San Rafael is now 1-2. Despite allowing seven runs in five innings, San Rafael’s Quinn Pippin earned the victory and Vallejo’s Jonathan Ovalles (two earned runs in two innings) suffered the defeat.

The game featured four lead changes and two ties before the Pacifics pulled away with two runs in the ninth inning.

San Rafael opened the scoring in the first inning after an RBI double by Jake Taylor and a three-run home run by Brent Gillespie. The Admirals answered back with a three-run homer by Nick Akins and an RBI triple by Graylin Derke. With the score knotted at four apiece in the third inning, the Admirals took their first lead after a two-run home run by Derke that plated Shawn Payne.

Down 6-4, the Pacifics tied the game again in the fourth after a two-run home run by Kyle Adie that brought home Mark Lindsay.

The Admirals would then take their second lead of the game in the fourth inning after an RBI double by Payne that scored Tillman Pugh. Vallejo, though, would be unable to hold onto the 7-6 advantage as San Rafael scored twice in the sixth inning when Devin Carter hit his first home run of the season, scoring Spencer Nielsen, giving the Pacifics a lead they would not relinquish.

San Rafael tacked on three more runs in the seventh inning after a solo home run by Jake Taylor and an RBI single by Nielsen that scored Josh Eatherly.

The Admirals cut the deficit to two runs in the eighth after a two-run, opposite-field home run by Tillman Pugh (pictured above) to score Vladimir Gomez.

Down 11-9 in the ninth, the Admirals allowed the Pacifics to score twice more after an RBI single by Carter and an RBI groundout by Miles Williams for the final tallies of the afternoon.

NOTES: For the third game in a row, the Admirals out-hit the Pacifics, 15-14 on Sunday, yet left eight runners on base in the defeat … for the second day in a row, the Admirals smacked three home runs, as Akins hit his second and Derke and Pugh hit their first … Pugh scored three times on Sunday while Gomez crossed home twice … five different players have begun the season with three-game hitting streaks for the Admirals, including Derke, Bautista, Gomez, Akins and Pedro Perez.

The Admirals welcome the Sonoma Stompers to Wilson Park for a three-game series that begins at 6:35 p.m. Tuesday night. Sonoma swept the Pittsburg Diamonds in their opening series and come to Vallejo undefeated at 3-0. Tickets are still available for the three-game series with the Stompers and can be purchased by calling (707) 641-1111, by visiting the ticket portion of the Admirals website or at the front gate prior to the game.