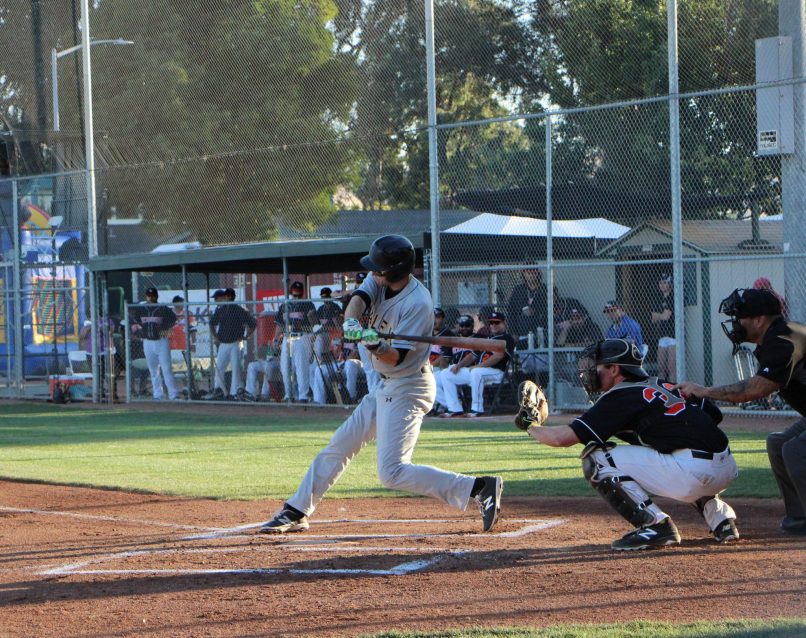 PITTSBURG, Calif. – The Admirals scored three times in the top of the ninth inning to tie the game at 11 and beat Pittsburg, 13-12, after scoring twice in the 11th inning on Friday night at Winter Chevrolet Stadium. With the International Tiebreaker Rule in effect in the tenth inning, both teams failed to score, setting up the 11th inning heroics – and a bit of zaniness.

At approximately 11:30 p.m. PT, the lights at Winter Chevrolet Stadium were turned off (due to an automatic timer set by the City of Pittsburg) and it took nearly 20 minutes to turn them back on. After the lights came on, the sprinklers around the pitcher’s mound came on, adding to the unique situation both teams were already in. Admirals reliever Peter Reyes got Vinny Guglietti to fly out to right field, ending a game that spanned nearly five hours. 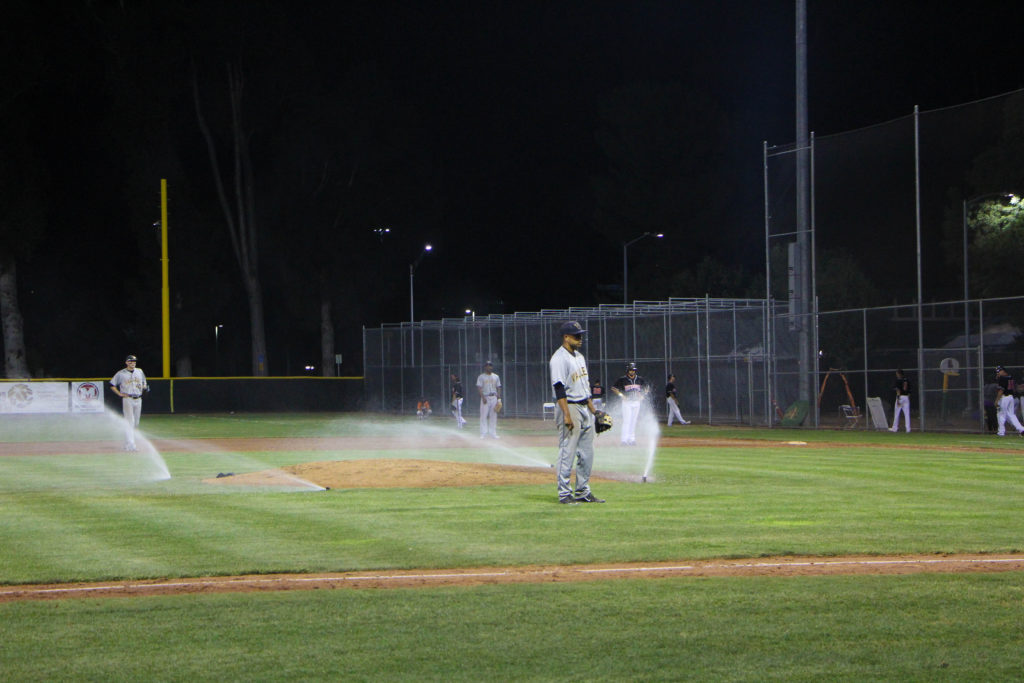 The Admirals snapped a three-game losing streak and for the second time in as many games against the Diamonds, used a ninth-inning rally to win after falling behind early. With the win, the Admirals improved to 6-13 overall while Pittsburg fell to 9-9 this season.

Pittsburg opened the scoring in the first after a two-run home run by Vinny Guglietti off Admirals starter Christopher De Leon. The Diamonds added to their lead in the second when Jose Garcia drove in J.J. Wagner with a sacrifice fly. Up 3-0 already, Pittsburg scored two more times in the third inning as Wes Wallace drove in Javier Marticorena with a sac-fly and Wagner brought home Guglietti with a single to right field for a 5-0 lead.

In the fourth, Pittsburg continued to pressure Admirals starter De Leon and tallied three more runs to take an 8-0 lead. De Leon’s night ended early, after he allowed nine earned runs on 10 hits and walked six while striking out three in 4.1 innings.

Vallejo cut the Diamonds lead in half in the fifth inning after a three-run home run by Shawn Payne and an RBI double by Derke (pictured above) that plated Nick Akins. Through five innings, the Admirals left four runners on base, while the Diamonds left nine on through six.

Pittsburg took a 9-4 lead after scoring once in the fifth when an RBI double by Marticorena brought in Valdez.

Chevy Clarke hit his third home run of the season in the seventh, slicing the Pittsburg lead to 9-5. The Diamonds got one back in the seventh after a line drive single by Guglietti brought in Valdez from second.

The Admirals put the first two hitters on in the eighth against Pittsburg reliever Justin Martinez and Pedro Perez drove in Gerald Bautista with a double down the right-field line. With Manny Reyes at third and Perez at second, Tillman Pugh singled to right and cut the deficit to 10-8. Pugh stole third base but both Payne and Akins struck out to end the Admirals comeback.

Pittsburg got a run back in the eighth after a leadoff triple by Wallace, Caleb Bryson brought him in with a sac-fly for an 11-8 lead.

The Admirals, though, scored three times in the ninth inning to tie the score at 11, and Sammy Gervacio struck out the final two batters he faced to send the game to extra innings with the International Tiebreaker in effect.

In the tenth, neither the Admirals nor the Diamonds were able to score after starting with runners on first and second. Vallejo’s Payne bunted to third base and hit into a double-play when Guglietti threw to third for the force out and then Wagner threw to first to double up Payne. 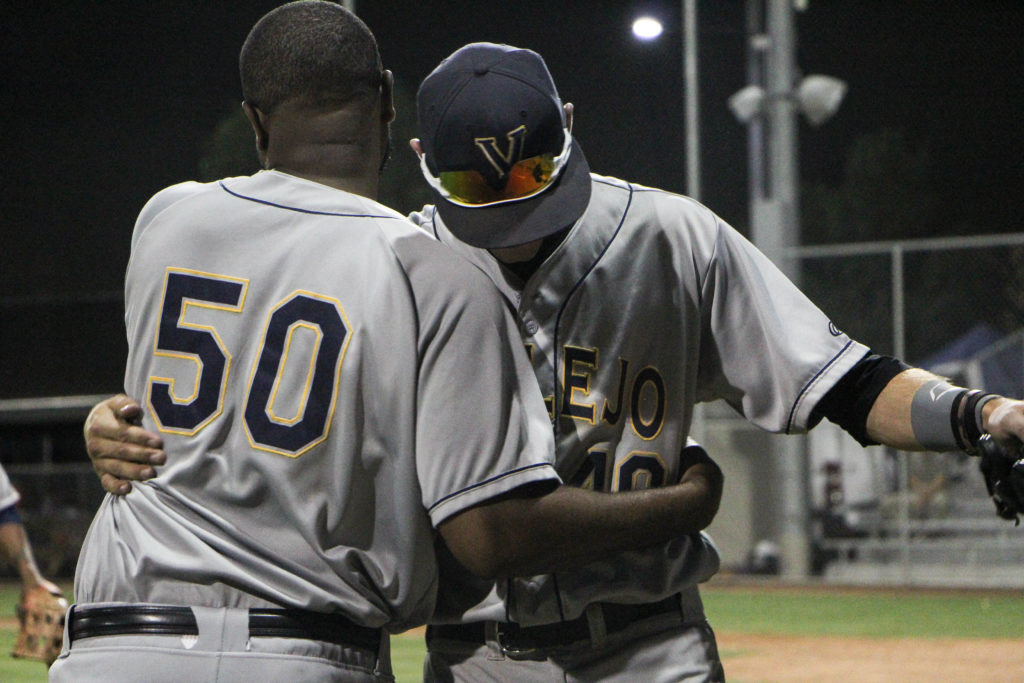 The Admirals scored twice in the 11th inning and Pittsburg scored once – and left the bases loaded – as Vallejo came back from an 8-0 deficit in the comeback win.

NOTES: The 8-0 deficit is the largest comeback victory for the Admirals this season and only the third time in 13 tries that they collected a win when trailing after eight innings … Clarke’s third home run of the season was a solo blast that left-fielder Marticorena gave up on as soon as it left the bat … Derke extended his hit streak to four games with a single and double … Payne’s three-run home run was his first of the season … Akins collected his sixth multi-hit game of the season … Perez collected two more hits and now has five hits in his last three games.