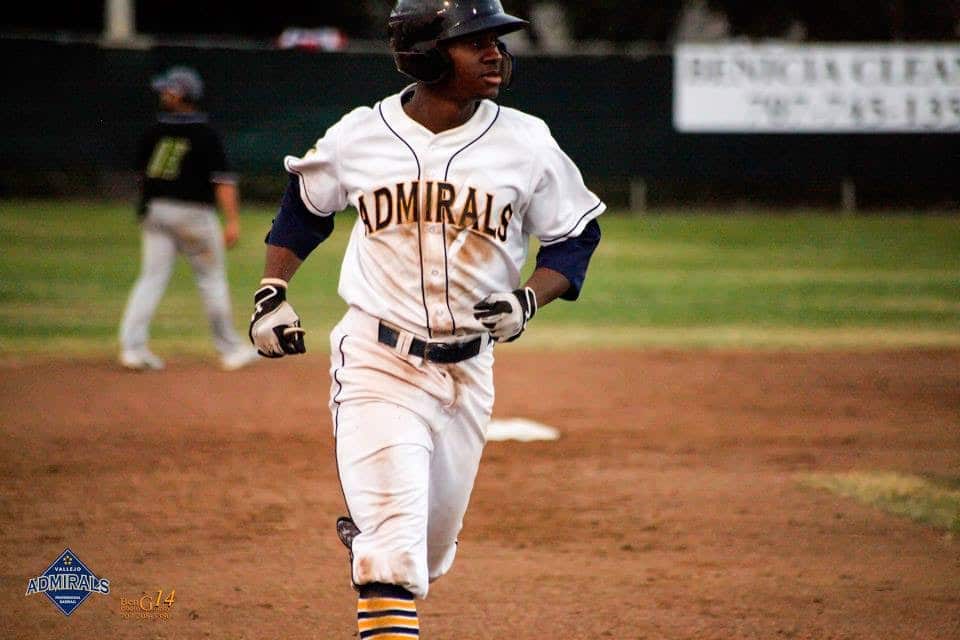 VALLEJO, Calif. – The Vallejo Admirals will face plenty of pitchers with more impressive resumes than Sonoma starter Scott Plaza. According to his Baseball Reference page, Plaza was not drafted and spent just one season in the Frontier League, posting a 7.45 ERA in 2015.

But as far as the Admirals were concerned on Tuesday, Plaza was as baffling as an honors trigonometry class would be to a pimple-faced freshman on the first day of high school.

The right-hander threw five shutout innings and the Sonoma Stompers won the first game of the Pacific Association series at Wilson Park 11-4 over the Admirals.

After scoring a combined 24 runs and winning two of three against San Rafael over the weekend, Vallejo (2-2) did not match up with the defending league champion Stompers (4-0).

Vallejo third baseman Gerald Bautista, who was 3-for-3 and reached base four times, said the Admirals should have no problem putting this one past them.

“It’s baseball and tomorrow is a new day,” Bautista said. “That’s the greatest thing about this sport.”

Admirals right-hander Marquis Hutchinson, the Pacific Association’s Rookie of the Year in 2016, went 5 2/3 innings and surrendered nine runs, six of those earned. He walked six batters and Vallejo did not play crisp defense behind him.

The Stompers took a 3-0 lead in the second inning as Eddie Mora-Loera doubled to score Scott David, who had reached on an error to start the inning. Center fielder Tillman Pugh dove to try and cut the ball off but the ball glanced off his glove. One batter later, ex-Admiral Isaac Weinrich singled to right field to score Marcus Bradley and Mora-Loera.

Sonoma made it 7-0 with four in the fourth. This time, Matt Hibbert had a two-run double down the line in left and Matt Lococo tripled to center to score two more.

The Stompers added two more in the sixth to make it 9-0 and end Hutchinson’s day.

Vallejo got three back in the sixth as Mora-Loera (the second baseman), Hibbert (the center fielder) and Weinrich (the catcher) all lost balls in the lights, creating a bases-loaded mess for Plaza.

The Admirals took advantage as Bautista singled to center to score Nick Akins and Andrew Rubalcava and Chevy Clarke ripped a single to score Shawn Payne.

Bautista noted that it can be problematic facing a pitcher for the first time.

“We’ve haven’t seen him,” he said. “Once we start seeing their pitching, we’ll adjust. Once we make some good adjustments, we can hit them.”

Vallejo had a chance for more in the inning but lefty reliever Andy De La Cruz retired Graylin Derke and Deybi Garcia to end the threat.

Vallejo made it a five-run game in the seventh on Pugh’s second homer, a shot to center field against De La Cruz. However, Sonoma made it 11-4 with two more in the eighth against Vallejo reliever Jose Batista.