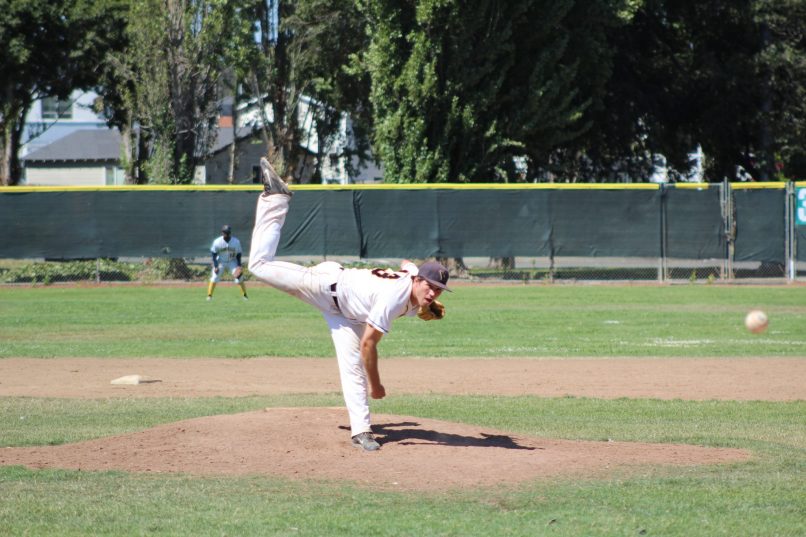 SONOMA, Calif. – With first place on the line in the Pacific Association second-half, the Admirals tied the game in the top of the ninth inning only to watch Sonoma walk-off Vallejo, 3-2 after Sammy Gervacio hit Yuki Yasuda with the bases loaded on Friday night at Peoples Home Equity Ballpark at Arnold Field. Alex Fishberg walked three consecutive Stompers in the bottom of the ninth inning to set up Yasuda’s game-winning hit-by-pitch.

The Admirals are now one game behind Sonoma in the second half and fell to 28-39 overall (16-12 in second half), while Sonoma improved to 45-22 and 17-11. Fishberg suffered the loss for Vallejo and is now 3-1 this season, while Zach Wendorf picked up the victory and improved to 2-0.

Vallejo took an early lead after three consecutive singles in the first inning, as Shawn Payne drove in Tillman Pugh to give the Admirals a 1-0 advantage.

From the second inning to the sixth, the Admirals were shut out and collected just three hits against Sonoma starter Taylor Thurber, as Vallejo left five runners on base.

Sonoma left three runners on through the first three innings against Jones, and tied the game in the fourth after Brennan Metzger led off with a single and scored on a single from Derrick Fox. The Stompers left runners at second and third after Jones got Marcus Bradley to fly out to right.

In the seventh, the Admirals got a leadoff single from Quintin Rohrbaugh and walk from Chevy Clarke, and both were advanced after a wild pitch from Sonoma reliever Zach Williams. With runners at second and third, Pugh and Akins, Sr. grounded out.

The Admirals left nine runners on base through the first seven innings after leaving 12 on last night in the 4-3 loss to Sonoma.

Sonoma got a leadoff walk from Matt LoCoco and Matt Hibbert was hit by a pitch from Admirals reliever Andin Diaz in the seventh. Scott David bunted to third and Diaz overthrew the first baseman Graylin Derke, which scored LoCoco and pushed Hibbert to third. Tim Holmes (pictured above) got Joel Carranza to ground out and walked Daniel Baptista to load the bases for Metzger, who struck out swinging. Holmes got Isaac Wenrich to ground out to first for the third out.

Down 2-1 in the eighth, the Admirals loaded the bases after Mike Blanke and Graylin Derke singled with one out and Chris Fornaci drew a walk from Sonoma reliever Jacob Cox. Zach Wendorf took over for Cox and got Rohrbaugh to ground into a double play as Vallejo was unable to score with the bases loaded and no outs.

In the ninth, Chevy Clarke single through the left side and advanced to second on an error by the left-fielder Mezger and stole third. Kiriakos flied out to center and Pugh drew a walk, setting up runners at first and third for the Admirals and Akins, Sr.

Right-hander Logan Gillaspie relieved Wendorf and Akins, Sr. grounded out to third and drove in Clarke from third to tie the game at two. Vladimir Gomez popped out to first to end the rally for the Admirals.

In the bottom of the ninth, Fishberg took over for Holmes on the mound and struck out Masa Miyadera but walked Joel Carranza, Baptista and Metzger to load the bases. Gervacio took over for Fishberg with one out and struck out Wenrich but hit Yasuda to force in Carranza for the winning run.

Vallejo left 12 runners on base, while Sonoma left 14.

The second game of the series between Vallejo and Sonoma is scheduled for 6 p.m. PT Saturday from Peoples Home Equity Ballpark at Arnold Field. The Team Superstores Pregame Show begins at 5:45 p.m. with Tim Fitzgerald and Daniel Barrera on the Admirals Baseball Network.