With an 11-16 record in the first month of the season and the end of the first half approaching in two weeks, the Admirals have decided to go in a different direction with their coaching staff.

Being that the coaching staff as a whole came in with Samuels, the group as whole is being replaced. Samuels has been offered to remain with the club in his role of player development director.

“We just weren’t getting the results we wanted,” Admirals owner Kevin Reilly said, “and yet Mike has made valuable contributions in player recruitment and development.” 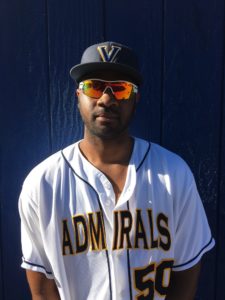 The Admirals will be promoting third-year Admiral and 10-year veteran, P.J. Phillips to a
player-manager role. A second-round pick of the Angels in 2005, Phillips joined the Admirals early in the 2014 season before returning to the Atlantic League at the end of the season.

Phillips came back to the Admirals in 2015 and was the team’s leading hitter. He hit .302 with nine home runs and set the Pacific Association single-season record for doubles with 27. Phillips is a leader and very respected member of the Admirals clubhouse, and commands the attention of his peers.

Phillips spent seven years in the Angels system before playing in the Cincinnati Reds organization for two years. He then began his independent baseball career in 2013 with Long Island of the Atlantic League. P.J. is the younger brother of the Reds All-Star second baseman, Brandon Phillips.

The Admirals rival, San Rafael Pacifics, have twice promoted a player to manager when a change was necessary, and twice have won a championship. So the elder statesmen of the league and other professional independent teams have established a precedent for this type of move

Moving up to a player-pitching coach role will be Admirals starter, Roman Gomez. He has coaching experience as a Student Assistant Pitching Coach at the University of Texas in Arlington. Gomez was also briefly a pitching coach and pitcher with the Glacier Outlaws of the Mount Rainier league before operations shut down in the league a month into the season. He previous played two seasons in the United Baseball League.