Admirals, Reyes get win to open second half 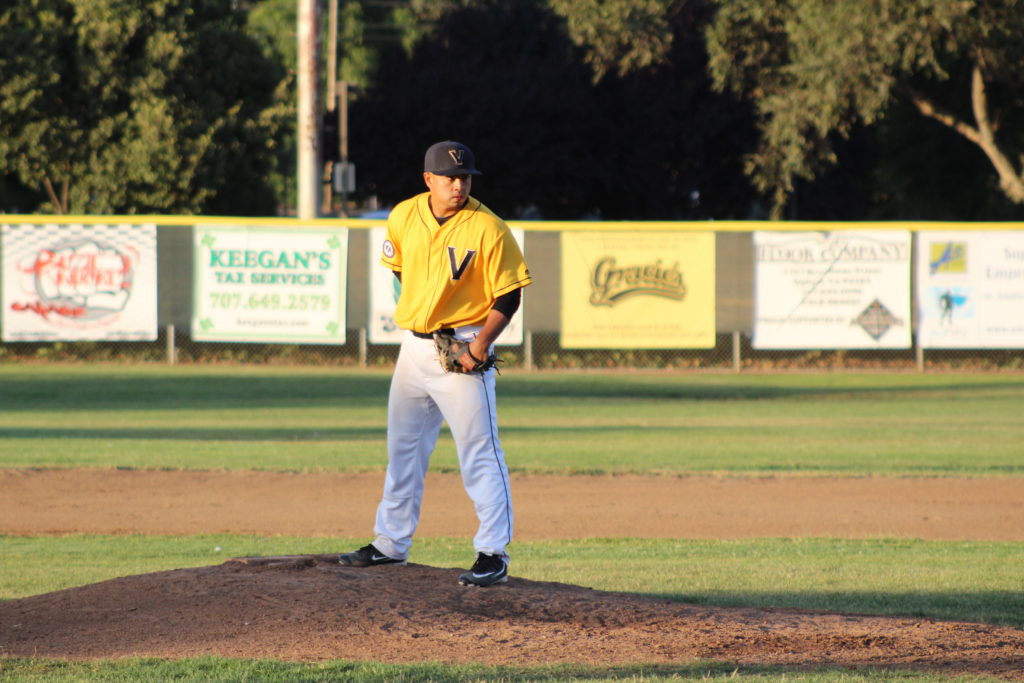 It’s early, but the Vallejo Admirals are perfect in the second half of the 2017 season.

The Admirals opened the second half of the season with a 5-4 victory at Wilson Park on Tuesday against the Pittsburg Diamonds as Benicia High graduate Peter Reyes earned the win on the mound.

The Admirals took a 3-2 lead in the third inning when Vallejo had back-to-back RBI triples from Vladimir Gomez and Tillman Pugh, followed by a sacrifice fly by David Kiriakos. Pugh finished with three hits, while Chevy Clarke had two hits of his own for Vallejo.

Vallejo added to the lead in the sixth, scoring two more runs, one of them coming on a RBI groundout by Michael Blanke.

Mahlik Jones and Demetrius Banks pitched in between Reyes and Gervacio as Vallejo held on for the win.

The Admirals play Pittsburg again at Wilson Park on Wednesday with a 6:35 p.m. estimated time for a first pitch.