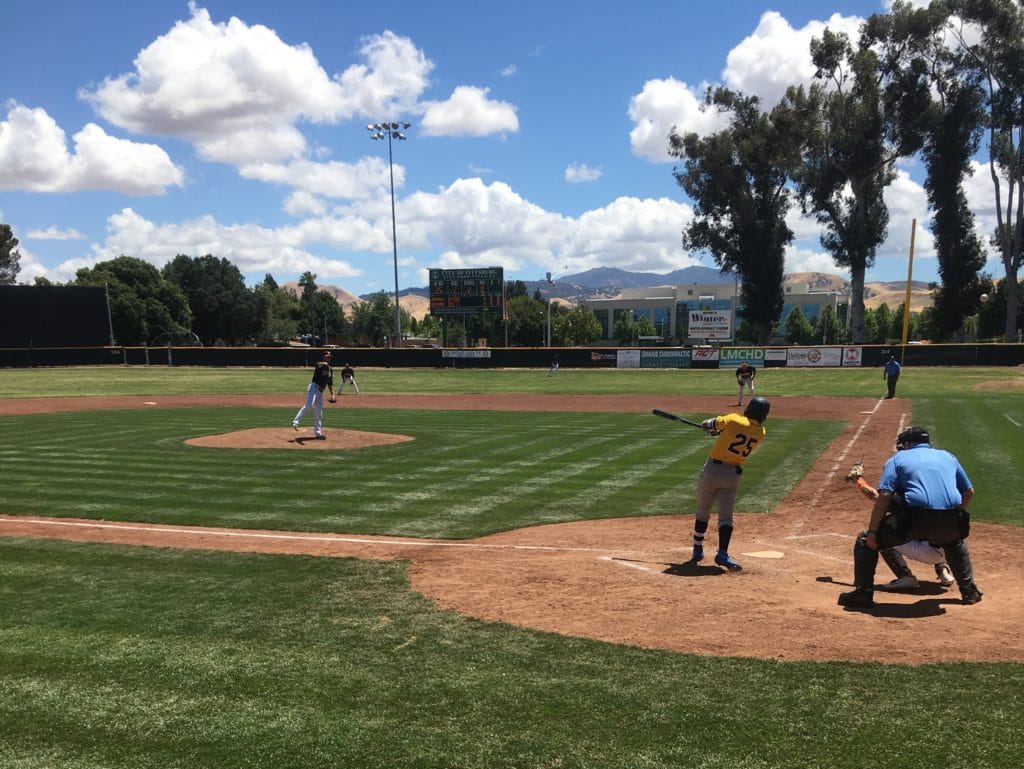 PITTSBURG, Calif. – The Admirals made a four-run second inning hold up during the series finale in a 4-2 win over Pittsburg on Sunday afternoon at Winter Chevrolet Stadium. Vallejo starter Marquis Hutchinson struck out two and allowed only a pair of runs in six innings to improve to 1-1 this season. With the victory, the Admirals snapped a two-game losing streak and are now 4-5 overall in ’17 while Pittsburg had their four game win streak snapped and slipped to 4-4.

After a Shawn Payne single and Tillman Pugh double, Andrew Rubalcava doubled them in to give the Admirals a 2-0 lead and their first advantage of the series. Vladimir Gomez brought home Rubalcava with a single and Chevy Clarke drove in Deybi Garcia to provide the Admirals a 4-0 lead.

Pittsburg inched closer in the third after a single by Chad Highberger and a run-scoring single by Javier Marticorona got the Diamonds to within 4-1. A solo home run by Wes Wallace in the fourth cut the Admirals lead in half, but it was as close as the Diamonds would get on Sunday. 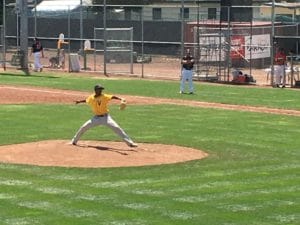 After Hutchinson departed with a 4-2 lead, the Vallejo bullpen tossed three scoreless innings – including Peter Reyes (picture above) who struck out the side in the seventh – to preserve the victory. Josh Evans continued his dominance of the Pacific Association to open the season with another scoreless inning in the eighth and after a pair of singles by the Diamonds in the ninth, Sammy Gervacio closed out his second game of the season as he induced a game-ending double-play from designated hitter Alex McKeon.

Pittsburg starter Corey MacDonald – making his first start of the season since returning from the disabled list – took the loss after allowing four earned runs and six hits through his five innings of work. He struck out two and walked two.

Vallejo takes Monday off before beginning a three-game series at Pacific Association-leader Sonoma on Tuesday. First pitch for Tuesday’s opener is set for 6 p.m. PT and the pregame on the Admirals Baseball Network begins at 5:45 p.m. with Tim Fitzgerald and Dave Grant. Be sure to follow the Admirals on Twitter (@VallejoAdmirals) and check www.vallejoadmirals.com for schedule and broadcast information.

NOTES: Chevy Clarke extended his hitting streak to six game with an RBI single in the second inning … Vladimir Gomez has now hit safely in four consecutive games after his run-scoring single in the four-run second inning … Peter Reyes has now struck out 12 hitters through his first six professional innings after striking out the side in the seventh … Josh Evans lowered his season ERA to 2.08 after his second consecutive scoreless relief outing … Hutchinson did not walk a hitter on Sunday after issuing six free passes in his first appearance against Sonoma … the Admirals improved to 3-0 this season when entering the seventh inning with a lead.