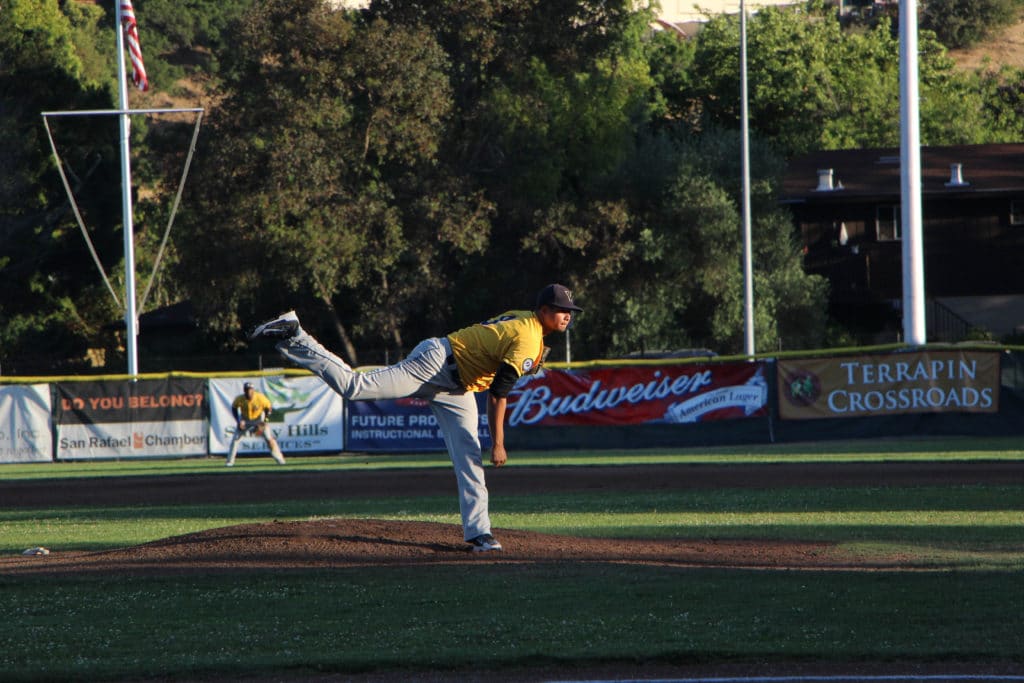 The Vallejo Admirals are building some momentum for the second half of the Pacific Association slate as they won their third straight game on Tuesday, defeating San Rafael on the road 6-2.

In the first Graylin Derke drove home Chevy Clarke with an RBI single to make it 1-0.

Ryan Rodriguez quickly made it 2-0 when he drove home Nick Akins with an RBI double. Rodriguez finished with two hits as his average was raised to .353 on the season.

Before the Pacifics (13-21) could gain their composure, Chris Fornaci made it 5-0 with a three-run homer to left field. It was Fornaci’s third home run of the season as his average climbed to .313 on the year. The Admirals batted around in the first inning.

In the bottom of the fourth the Pacifics got to De Leon finally as Jake Taylor hit a solo home run, his 12th of the season.

The Admirals came right back, however, adding another run when Clarke hit a solo home run to make it 6-1. It was Clarke’s fourth home run of the year.

San Rafael added another run to make it 6-2 but it wasn’t enough as Sammy Gervacio retired the Pacifics in the ninth to preserve the road win for Vallejo.