Bautista Added to Admirals Roster for 2017

VALLEJO, Calif. – The Admirals welcome back third baseman Gerald Bautista for the upcoming 2017 season as he joins a growing list of returners who have recently re-signed with Vallejo. Bautista was named the top defensive third baseman by the Pacific Association last season while playing in 60 games for the Admirals.

“I’ve worked hard this offseason preparing myself for another year with the Admirals,” Bautista said. “I’m a much better player than last year and I feel I’ve got a good chance of accomplishing my goals this season.”

Bautista drove in 38 runs for the Admirals in 2016, which was the second-highest total among his teammates. His RBI total was also No. 6 in Admirals single-season franchise history dating back to 2013. Bautista also hit .302 and scored 32 runs while collecting 68 hits – including 12 doubles and four home runs – during the Admirals’ 32-win campaign. 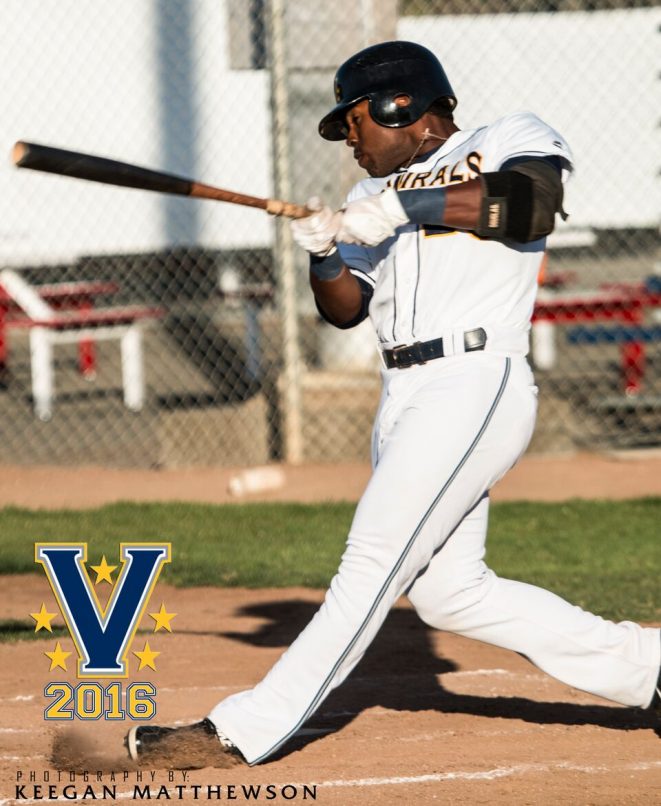 Prior to his initial season in Vallejo, Bautista was signed as an undrafted free agent by the Cleveland Indians in 2012. He played three seasons in the Indians organization, including stints with both the Arizona League Indians and the Mahoning Valley Scrappers (Class-A short season affiliate).

Last season with the Admirals, Bautista enjoyed a stretch from July 27 through August 4 where he collected 13 hits and hit .619 with five runs scored and a pair of RBI during a 5-2 run.

“PJ (Phillips) is a fun coach to play for and he’s a good manager,” said Bautista. “Vallejo is a good city and a nice town. I’m looking forward to returning for another year with the Admirals.”

The Admirals begin their fifth season of Pacific Association play when hosting the San Rafael Pacifics at 6:35 p.m. June 2 at Wilson Park in Vallejo. Individual and group tickets are still available for all 39 home games this season and can be purchased by visiting vallejoadmirals.com or by calling (707) 641-1111.