Dakota Freese is 2019 Pacific Association Pitcher of the Year 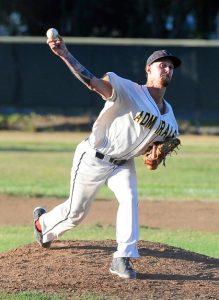 Freese went 7-5 on the year and recorded a seven-inning shutout over Salina in a 19-0 win on August 17. Freese ended up starting 12 games for the Admirals before moving up to Ottawa of the Can-Am league late in the season. He allowed just 49 hits in his 77 1/3 innings for Vallejo.