By Hayley Slye and Tim Fitzgerald The Pacific Association’s award season has begun, and two Admirals have already claimed some hardware, with more expected for the 2017 champs. 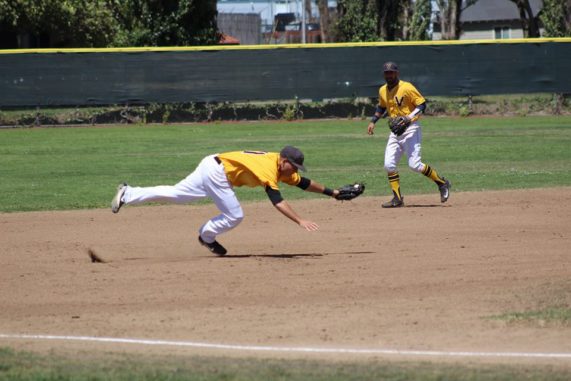 The votes were submitted by three representatives of each Pacific Association team. This is the first season since the Pacific Association’s creation in 2013 in which the offensive leaders in three major categories have been honored alongside the defensive awards.

De La Salle High graduate Chris Fornaci was voted the top defender at third base for 2017. The Pepperdine product owned a fielding percentage over 95 percent, and was instantly the favorite to win the award with his diving backhanded stops and strong throws.

“If there was a single play that marked the turning point in the Admirals 2017 season, it was Chris’ first play at third in a mid-season game in Pittsburg. He reset the tone of the infield,” said Admirals owner Kevin Reilly. 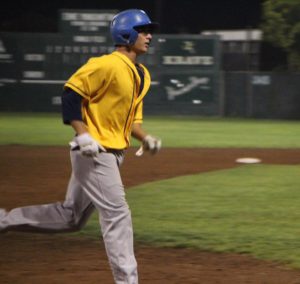 That description could apply to a several dazzling plays he made during a Pittsburg-heavy stretch of games when he first signed with the Admirals. There was that first diving, back-handed stop in an Admirals uniform as he popped up in foul territory to throw a dart to first base, and a game-ending, over-the-shoulder, basket catch deep down the third base line.

“Chris changed the dynamic of our team from day one,” Manager PJ Phillips said. “He gave our pitchers confidence to throw more strikes. He made players around him better and made it look easy. He was one of the major reasons we won the championship.”

Fornaci was productive at the plate as well, especially in big moments, including an eighth-inning solo shot that gave the Admirals some much-needed breathing room and reclaimed momentum in the championship game. He was fourth on the team with eight home runs in 56 games, had 39 RBIs, a .413 OBP, and set the league record hit by pitches with 25.

The Reliever of the Year Award was a no-doubter for the Admirals, as former big leaguer Sammy Gervacio set the league record for saves in a season with 18. “As gifted a pitcher and entertaining and colorful as he was on the field, Sammy was a generous mentor to all of our pitchers and made the whole staff better,” said Admirals owner Kevin Reilly. 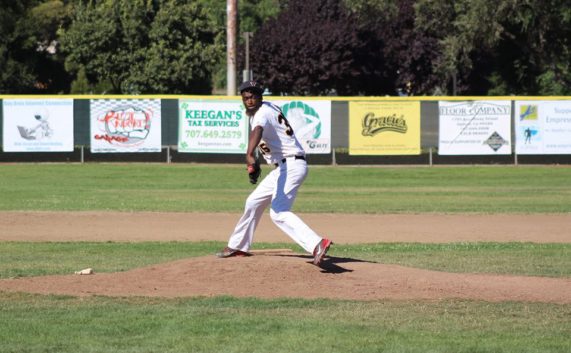 Gervacio struck out 59 Pacific Association batters in 39 innings pitched, recording 18 saves. The former Houston Astro is the first former Major Leaguer to play for the Admirals. He is known for his flare and desire to have some fun on the mound that make him worth the price of admission alone.

“Sammy was great all year,” Phillips commented. “We knew once he went in, the game was over. His energy helped the team and was just a great team player. He’s a great guy and this award is well deserved.”

The Admirals are expecting more individual awards for their 2017 tally, with manager PJ Phillips clearly a favorite to win the manager of the year award after taking the Admirals from worst to first. Tillman Pugh is a finalist for the MVP award after his overall off-the-charts play in 2017. Both of those awards are expected to be announced by October 17th.

DEFENSIVE PLAYERS OF THE YEAR