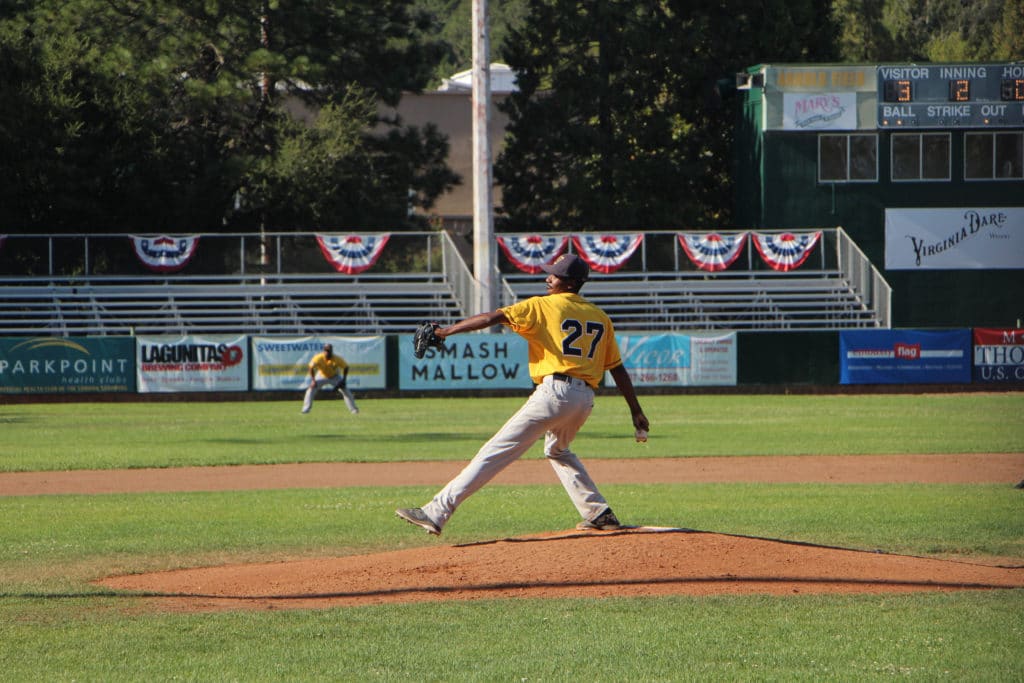 Marquis Hutchinson pitched a gem and the Vallejo Admirals beat the host Sonoma Stompers 4-0 on Sunday to conclude a Pacific Association series at Arnold Park.

The Admirals took two of three against the first-place Stompers.

Hutchinson (2-4) went 7 1/3 strong innings, allowing just three hits against the league’s most potent lineup. He struck out three and walked seven in his best performance of the season.

Gervacio pitched the final 1 2/3 innings, allowing just one hit while fanning two, including getting the Admirals out of a bases-loaded jam in the 8th.

Vallejo (10-23) scored three in the first inning against losing pitcher Juan Espinoza as Nick Akins and Graylin Derke both had RBI doubles and Ryan Rodriguez added a run-scoring single.

Rodriguez added an RBI double in the ninth for the final margin of victory.

Akins, Derke and Rodriguez all had two hits in the contest.

The Admirals return to action on Tuesday when they head to San Rafael.