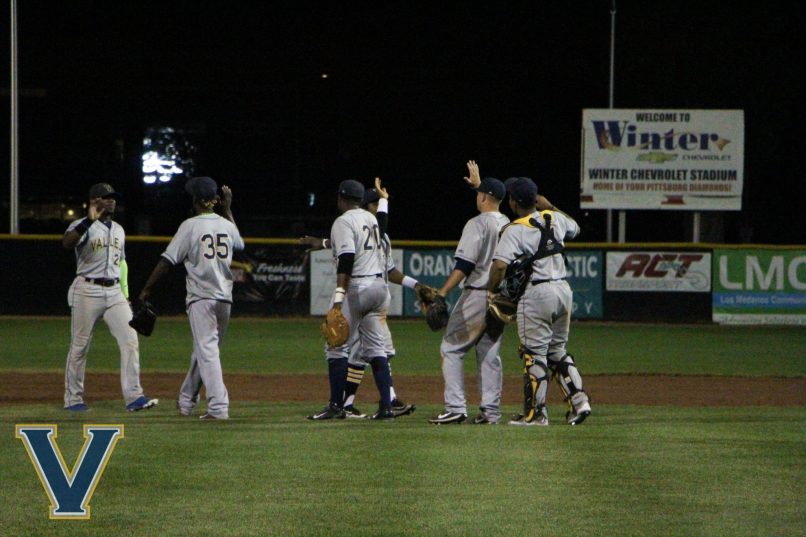 PITTSBURG, Calif. – Making his first start for the Admirals this season, Melvin Morel no-hit the Diamonds for five innings and allowed only one hit in his six innings as Vallejo won for a season-high fourth consecutive game, beating Pittsburg 7-1 at Winter Chevrolet Stadium. The Admirals offense scored twice in both the fourth and sixth innings and three times in the seventh to pull away from the Diamonds.

The four-game win streak is the lengthiest for Vallejo since they won seven in a row from July 24-31, 2016. The Admirals improved to 9-13 versus Pittsburg this season and are now 8-8 in the second half of Pacific Association play (20-35 overall). The Diamonds fell to 7-9 in the second half and 28-27 this season.

In his Admirals debut, Morel (1-0) retired the first 12 hitters he faced and no-hit the Diamonds until the sixth, collecting his first victory of the season. Morel struck out six and walked one in six innings and allowed only one hit – a comebacker from Javier Marticorona that struck Morel on his left side.

The Admirals took the lead in the fourth after a leadoff walk from David Kiriakos and a two-run home run by Tillman Pugh had Vallejo in front 2-0. It was Pugh’s 10th homer of the year and his franchise-best 25th of his Admirals career.

In the sixth, Vallejo took a 4-0 lead after an RBI groundout from Mike Blanke that scored Chevy Clarke and a sacrifice fly from Nick Akins, Sr. brought home Kiriakos.

Vallejo added two more runs in the seventh against Blackley as both Ryan Rodriguez and Vladimir Gomez scored for a 6-0 advantage. A wild pitch from Blackley brought in Clarke from third as the Admirals went up 7-0.

Pittsburg starter Travis Blackley (0-3) endured another rough outing against Vallejo, as he allowed seven earned runs on five hits and struck out five with a pair of walks in suffering the loss. The Admirals scored eight times against Blackley on July 29 as he fell to 0-3 this season against Vallejo.

Pittsburg broke up the shutout in the eighth after reliever Christopher De Leon allowed a two-out single to Jose Garcia which scored Javier Marticorona. With the bases loaded, Tim Holmes took over for De Leon and struck out Joseph Randazzo to end the eighth.

Left-hander Andin Diaz (formerly of the Chicago Cubs organization with the Eugene Emeralds) made his Admirals debut in the seventh and struck out one and recorded a fly-out and groundout in a scoreless inning of relief.

The Admirals and Diamonds will square off again at 5:05 p.m. PT Saturday from Winter Chevrolet Stadium in Pittsburg. The Admirals Pregame Show presented by Team Superstores begins at 4:45 p.m. with Dave Grant and Tim Fitzgerald on the Admirals Broadcast Network.

NOTES: Kiriakos extended his season-long on-base streak to 15 games after a walk in the fourth inning … Pugh has now hit safely in seven consecutive games after his two-run homer in the fourth … Pugh is now the team leader in RBI (35), hits (61), runs (40) and stolen bases (21) … Rohrbaugh collected two more hits tonight to give him 10 in his first 10 games as a professional.